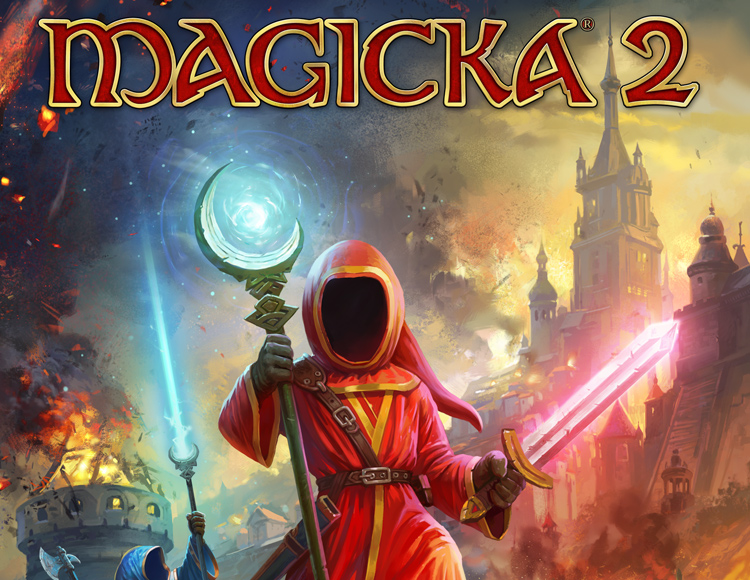 Uploaded: 02.03.2019
Content: magicka_2_0718.txt 0,02 kB
Loyalty discount! If the total amount of your purchases from the seller servicesoft more than:
If you want to know your discount rate, please provide your email:

servicesoft information about the seller and his items
offlineAsk a question

After payment you get a link by which you can get the license key with the game Magicka 2 from the official supplier - the company "Buka", to activate the system Steam.

Description:
Learning witchcraft is never too late. When it comes to the War of the Mages, no one is going to joke. On the other hand, without healthy humor, it is better not to look at what is happening, you can go crazy and imagine yourself a chicken. The developers of Pieces Interactive are well aware of how to deal with this issue, and return you to the absurd world of the beloved strategy of all.

Magicka 2 is a continuation of the cult Magicka, where the spells sparkle brighter than the supernova, and the world is filled with familiar Easter eggs and interesting finds. Only now evil no longer threatens the little brave travelers. The magic itself perverted and rebelled against its creators and guardians, bringing madness to the inhabitants of the kingdom.

You rise from the grave in Aldreheim Castle, guided by the call of Midgard, howling for help. The bloody war of the Mages died down, killing thousands of wizards. Those who managed to carry away their feet from death, went mad or turned to the dark arts. In order to cure a moaning world of suffering, it is precisely you, Vlad, who calls the memory of the four heroes who once wrought evil, calls you from the world of the dead.

Learn to conjure and collect artifacts that help those in need in moments of fear or despair. Experiment with the elements, playing in the company of true friends, and get an incredible experience of communication with the madmen.

Key features of the game Magicka 2:
Again for the old. The four robes once again line the Midgard landscape with magical flashes. All levels, modes and loot are distributed among the players, and the checkpoint system will allow a friend lost in the forest to quickly return to the line. Choose the right equipment and go!
Swarms of enemies. Heroes are confronted by hordes of monsters and distracted wizards, who decided that they would take revenge for the lives of their fellows with murders. Be careful, including the fire on your own: you can not kill a friend on purpose.
New functionality. Thousands of new spells, dynamically replacing each other, a whole arsenal of perks and new weapons. Overcome the Tests and create your own story, where no one will decree you.